Varkolyn art and models from T2

Orden Mines, Blightbogs, Sundered Battlefield, Rivenskull Gorge
Varkolyn are a race of humanoid, bat-like creatures that appear in Torchlight and Torchlight II. They are ancient enemies of the dwarves and inhabit their ruins. Varkolyn civilization consists of warring, barbaric clans.

Outlanders are said to have learned "rune magic" from the Varkolyn.[1]

Notable Weapons that are augmented after killing Varkolyn:

In T2, Varkolyn have a greater diversity of appearance, with different "spellcaster" and "warrior" character models. 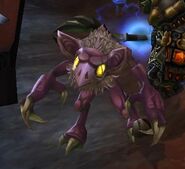 A Pet transformed into a Varkolyn in T1 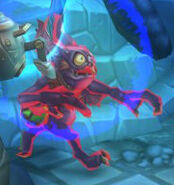 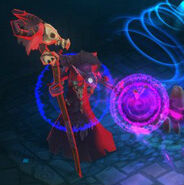 Varkolyn Slasher found in Torchlight II.
Add a photo to this gallery

Retrieved from "https://torchlight.fandom.com/wiki/Varkolyn?oldid=27091"
Community content is available under CC-BY-SA unless otherwise noted.