Torchlight, as of now, has three character classes. Each class has access to hundreds of different weapons in ten different categories. Each class can use any weapon, but each class is better at using individual kinds of weapon than another. These classes are: 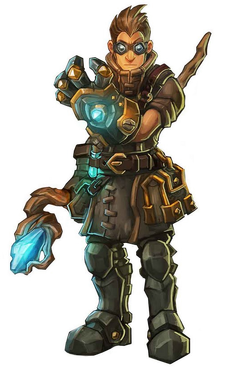 The Alchemist is a magic-oriented class which has abilities that strengthen his proficiency with ranged spells. This makes the Alchemist proficient at using Staves, Wands, and Scepters. The Alchemist has the smallest health pool of the three classes along with the highest mana pool. This, however, is irrelevant, as the game gives you many potions that you usually won't use often. This class is best used by summoning minions and dealing so much damage to the enemy that they don't have a chance to attack. In the modding community, the Alchemist is the one most altered, due to its simple and easy to change animations. 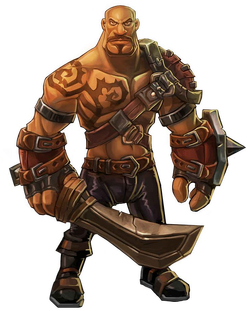 The Destroyer is a melee-oriented class that has abilities used to strengthen his melee combat. As such, The destroyer is best at using swords, axes, maces, and polearms. The destroyer has the largest health pool of the three classes, and the lowest mana pool of the three classes. Some consider that this class is a 'beat-em-up' class and although it is, it can be used very strategically as well (e.g. using a backup pair of pistols to hunt down untouchable enemies, like mages shooting down from a cliff). 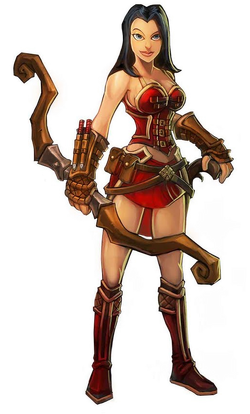 The Vanquisher is a range-oriented class which has abilities that strengthen her ranged combat. This makes the Vanquisher extremely adept at using rifles, bows, crossbows, and pistols. The Vanquisher has the second largest health pool of the three classes, and the second largest mana pool of the three classes. This class is best suited to shooting enemies from long range and staying out of melee combat. The Vanquisher can use melee weapons, but is much more effective with ranged weapons. It is also the only female class. This would be later changed in Torchlight II, with the inclusion of both genders for each class.

Vanquishers gain 40 HP and 5 MP per level. They are tied for the lowest MP increases per level (5 MP with the Destroyer).

Retrieved from "https://torchlight.fandom.com/wiki/Torchlight_1_classes?oldid=27568"
Community content is available under CC-BY-SA unless otherwise noted.