Robot Parts is an optional quest in Torchlight II, which spans through three Acts. It begins when the player collects the first hidden piece of a disassembled robot.

You found a strange piece of metal that appears to be some part of a robot. It has '4000' carved into it. You wonder just how many more pieces there could be.

The robot parts are found throughout all acts of the game, usually on the last level of a secondary dungeon that has a cave-like appearance. There are some requirements that need to be fulfilled before the path to the location of the robot part is opened - like lighting all the braziers, exterminating all the roach eggs, etc. It must be noted that the entrance to the secret secured area within each dungeon area can appear at numerous sites, depending on level design.

After all 5 parts are gathered, and Power Source is brought from the War Forge to open passage to The Broken Mines (in main questline), Professor Stoker (found in the Imperial Camp) will assemble Trill-Bot 4000 from the parts.

Trill-Bot 4000 will give you a quest Lair of the Sisters. Entrance is in Sundered Battlefield.

What do we have here? Wow, this is a 4000 model! Those are quite old - this one appears to have had a lot of work done to it. Not sure why it's in pieces - why don't we find out! Let me just put these together for you and we'll see what it has to say for itself.

These amounts drastically diminish as you level past 52.

End Rewards (after completing Lair of the Sisters)[] 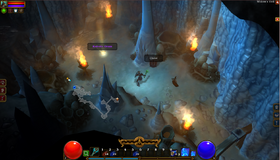 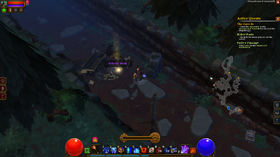