Manticores are among the most feared monsters of the Mana Wastes. These vicious beasts are "one part lion, two parts dragon" and emerge from their caves to prowl the desert for food.[1]

The Manticore appears as a boss in Torchlight II, residing in the Stygian Aerie. At half its health it summons a partner called "The Manticore's Mate".

These items have been confirmed to drop from Manticore, but may drop from other random sources as well. 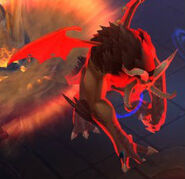 manticore at the end of 'the djinni's next task' 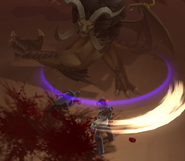 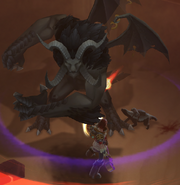 manticore's mate in stygian aerie (note: black)
Add a photo to this gallery

Retrieved from "https://torchlight.fandom.com/wiki/Manticore?oldid=25140"
Community content is available under CC-BY-SA unless otherwise noted.