Dwarf art and models from T2

Dwarves are an extinct race appearing in Torchlight and Torchlight II. The only dwarves left are undead creatures animated by corrupted Ember and machinery.

According to an interview with Runic's writer JD Wiker, the dwarven civilization fell in the distant past, before the rise of the Estherians and the Zeraphi, who themselves are millennia old. Dwarves are responsible for building about half of all ruins on Vilderan and 90% of the Ember-related artifacts.[1]

Notable Weapons that are augmented after killing Dwarven:

In the original Torchlight, dwarves are found in the Lost Fortress.

These are the standard melee soldiers.

These tougher dwarves have frost-enchanted axes.

Larger, red dwarves that can buff nearby Dwarven Wights.

The dwarven mechanical construct is a machine-gun-armed walking automaton piloted by an undead dwarf. 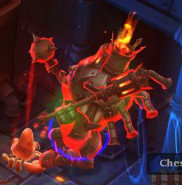 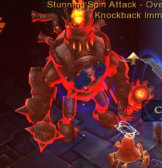 Dwarf Brute
Add a photo to this gallery 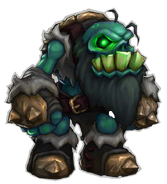 Concept art from T1
Add a photo to this gallery

Retrieved from "https://torchlight.fandom.com/wiki/Dwarf?oldid=27096"
Community content is available under CC-BY-SA unless otherwise noted.